Are you ready for one of the best kept secrets of the world?  Prayer works.  Not just sometimes; but, when done correctly, every time.  Two things one needs to know about successful praying is why does it work and how does one pray properly.

The why is easy to explain; the how is much more involved.  We are partners in creation with Hashem.  He created the universe, according to scriptures, by looking into his Torah, His blueprint of the universe; and, by simply uttering the words of Torah, the universe came into being.  But, as we say everyday in prayer, Hear , Hashem is our G-d, Hashem is One.  This is a very profound statement that declares that everything in the universe is one within Hashem.  That has a much deeper meaning, but what is important to us is that when we speak, Hashem gave us the ability to cause things to happen.  In other words, our prayers are not ascended to Hashem for the purpose of Him making a decision, yes or no.  Our words actually cause energies to flow and bring about positive or negative results.  Hashem already knows well in advance what we will think, say and do.  Prayer is for us to actually verbalize our thoughts and cause the results.  It is a gift from Hashem that is so under used -- but even worse, abused.  For, even when we are not in prayer, every word we say causes energies to flow and things to happen.  Improper language is not just a means of expression but cause for very negative occurrences.  Words of love and hate translate into positive and negative reactions.  Earthquakes, tsunamis, hurricanes, etc (what we like to call acts of Hashem) are acts of Hashem’s system caused by us.  It is the reason that the world is in such dire straights at this juncture in history.

I am sure that I have many skeptics on this subject but let me touch upon some very obvious proof.  There was a very impressive discovery made last year in .  Simple words and thoughts can have an affect on changing the of a person.  It was in the news with the headlines “Faith Healing Explained.”  I couldn’t locate some of the news coverage from last year but I did find this particular write-up on the subject if you want further information.  http://www.turtlezen.com/russiandnadiscoveries.html

It is well known that when people get together to pray for the speedy recovery of a sick person, there is improvement.  Medical science has discovered that humor, as an example, can spark the immune system.  When we laugh, we can become healthier.  Even more outlandish is how plants can grow better and healthier when one talks nicely to them or even sings to them.  What has been demonstrated in a lab environment is that positive statements, such as compliments, words of praise or of affection, cause the formation of crystals such as these: 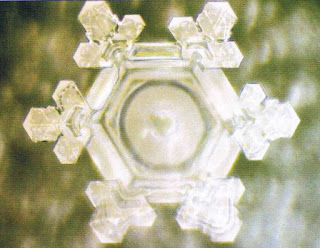 An ice crystal formed from water exposed to the words “Thank you very much.” 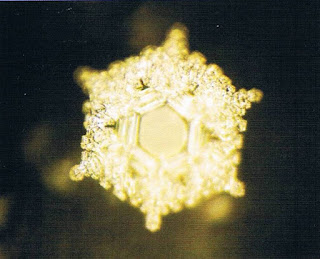 An ice crystal formed from water exposed to the words “Love and appreciation.” 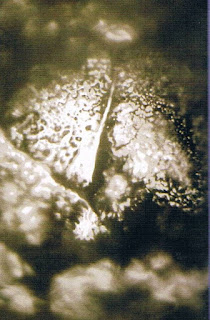 An ice crystal formed from water exposed to the word “Idiot.” 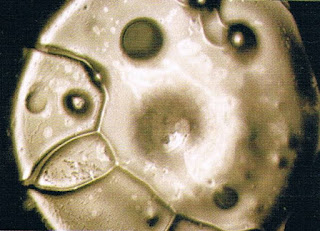 An ice crystal formed from water exposed to the sentence “You disgust me, I’m going to kill you.”

I think that last sentence would affect anyone.

It says in the Torah “Those who bless you, will be blessed; and, those who curse you, will be cursed.”
Every natural disaster that has occurred in the world has immediately followed a negative occurrence in or even negative words said about or the Jews. The list is extensive and includes just about every tragedy that has occurred.  I will only give a few examples for now.  Immediately, after the removal of about 10,000 people from their homes in and (which the helped to orchestrate), hurricane Katrina hit the Gulf area and displaced about 10,000 people.  After made statements in support of the Arab terrorists and complained falsely about ’s occupation of their land, had its big earthquake.   also at the time falsely was accusing three Yeshiva students of drug smuggling.  They have since been proven totally innocent, but I am sure paid for their stupidity.

We also have many statements and miracles from Rabbi’s and other holy people who will testify with many examples as to the effectiveness of proper praying.  It wouldn’t mean much to anyone but I personally have experienced miraculous results including immediate results in time of need.  My stories are extensive but only your own experiences would solidify the validity of prayer.  I used to teach a class on prayer when I lived in the states.  Many times Hashem has setup my students by performing miracles for them after praying.  It made my job easy, convincing people that prayer works.  Hashem is always there to help.

Let me tell you about three tools that I personally have used for health problems. One is called a Pizmon which is nothing more than a statement that I say repeatedly that convinces my soul not to give me pain (I hopefully will discuss this in an upcoming blog).  Pain is in the mind and the mind is metaphysical (another blog post).  By simply convincing the soul that the pain is unjustified, it goes away.  I have witnessed this on a man who had a slipped disc, a woman with migraine headaches as well as using it on me.  In all cases the medical problem wasn’t totally solved, but the pain was eliminated.  I have a friend that I used to study with everyday but he could not sit still for long because of a knee pain.  After I taught him the Pizmon, pain disappeared and studying was not interrupted.  Two other techniques that I have used are NAET and EFT (Google to get more information including what the acronyms stand for).  These techniques are involved but have been totally effective in solving just about any medical problem one might have, without drugs.  Through a practitioner, NAET is described as a holistic treatment for the permanent elimination of food and environmental allergies.  I, however, have used it for many other purposes.  It diagnoses the problem and then cures it.  EFT is a form of acupuncture without the needles.  It is used for almost any medical ailment and, the best part of all, one can perform the procedure by him or herself without a practitioner.  Both techniques include words being said and souls being talked to – very spiritual, very mystical, but very effective.  They are a form of prayer or meditation and they work.  These tools as well as everyday prayer have served me and my family well.  Even though I never needed it for these purposes, all three techniques have proven effective in weight lose and/or smoking cessation.

One last story that I was involved with that demonstrates the power of prayer.  I received a call, years ago, from a friend in the states who was totally distraught that his wife had developed mental problems.  My wife and I knew this woman and believed her to be a very lovely, calm and pleasant person.  The husband was telling us that psychiatrist determined her to be crazy and even non-functional.  They were ready to take her away from her family and institutionalize her.  A Rabbi in the town that we lived suggested that she fly to and see a particular, very mystical, Rabbi who had the ability to cure with words.  The husband arranged the trip and I arranged the meeting of the woman and the Rabbi.  After two days of prayer and chanting of certain verses from scriptures (which the Rabbi was totally trained in), the woman was completely cured and back to her pleasant self again.  The explanation was that we do have good and evil forces that can enter our spiritual makeup and that prayer can enhance or eliminate as needed.  This woman actually had demonic forces invade her and the Rabbi knew the remedy.  You may think this is all hocus pocus fantasy (I used to), but after I experienced this situation first hand, I became totally convinced of its validity.
Tomorrow, I hope to give you some of the tools that make prayer work.  Your prayers won’t be perfect; but, I have seen tremendous results right away with other and, of course, my own personal experiences.  Once I learned some of the secrets, vast changes came into my life and the lives of my loved ones.


Posted by The Absolute Truth at 7:53 AM