A Hidden Message from Hashem

I saw this morning something that was very disturbing; yet, since I look for the positive in everything (all is from Hashem), I wanted to tell you the good news that I gleaned from this event and what I believe Hashem is telling us.

Specifically, I saw new information that is a follow-up to my post on 911:  The Absolute Truth that Nobody Believes (or even knows).  In that post I talked about the scary Georgia Guidestones which tells the plan of Gog Bush, Sr in reducing the world population to 500 million. 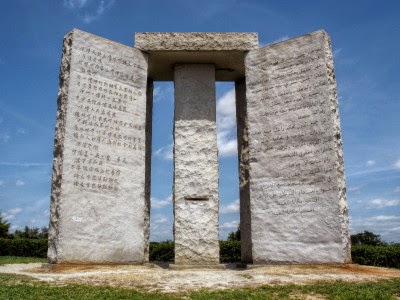 This requiring 93% of the world population to be killed off to institute the New World Order, explains the chaotic world we live in, where our worldly leaders are trying to start World War 3.

All the details that I am able to disclose were summarized on the 911 post.


This morning I saw that an additional new stone has been added to the monument.  There was a notch in the monument that was built in the 1980’s. 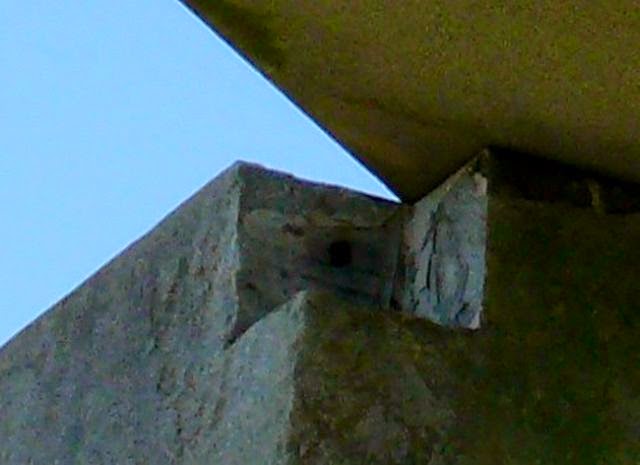 What the purpose of the notch was, became apparent recently when it was filled in. 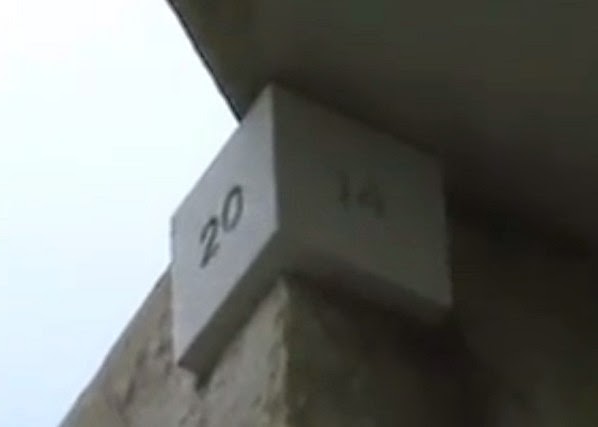 A block was inserted with 2014 etched on it.  Is seems that the prediction of the fulfillment of the plan of the monument has been told.  The Gog Cabal expects WW3 imminently and the tragic reduction of the world population to happen this year.  Since there are only three months and one week left to this year, it appears that they feel confident that the most horrible war in history is about to start.

Why did I say this is good news?  Optimist me knows that Hashem has an alternate plan to wipe out the evil of the world in the end of days.  Did this new stone tell us that we are so close to the final event of Gog U Magog and more importantly, Geula and Moshiach?  Hashem’s messages are sometimes hidden, but I can’t see any other interpretation than what I have stated.  When we see the messages of Moishela, Menachem, Benyamin, Rav Nir Ben Artzi, Rav Fish, etc, etc, etc all telling us that we are close, I look at this new development as chizuk.

The much more important message is that it is happening during the month of Elul and leading us into the 10 days of repentance.  I see this Rosh Hashanah, Yom Kippur and Succos as the most important days of history.  This is our final opportunity as individuals, as a people and as a member of the human race to get it right.  If we don’t do the best Teshuvah, the best Tefilah, the most Tzedukah, the most Limud HaTorah, the greatest effort of Ahavas Yisroel that we have ever done in our lives, we have lost the greatest opportunity for happiness and success for this life and eternity.  Please, please, please take this seriously for the absolute welfare of ourselves, our families, and for all righteous people on this planet.  This may be our last opportunity to truly help ourselves and our loved ones.

LASHANAH TOVAH AND CHAIM TOVIM
Posted by The Absolute Truth at 10:03 AM