Jerusalem: What's in a Name?

The phrase "Yom Yerushalayim" is ﬁrst mentioned in Psalms 137, verse 7, 3 thousand years before the Six Day War. Where does the name Yerushalayim come from? The answer is given by Tosfot in Taanit 16, who state that the name Yerushalayim is a combination of two words, one uttered by Avraham at the Akeida (Bereishis 22), "Har Hashem Yeira'eh," which means "The mountain where Hashem will be seen," and the city was already called Shalem, peace, by Malkitzedek (Bereishis 14).

Thus, the city of Yerushalayim combines the two names, given by these great people, Avraham and Malkitzedek - "Yeira'eh" and "Shalem." Tosfot also explain that the reason that there is a YUD between the LAMED and the MEM in the word Yerushalayim is that we focus on the name, Shalem, which means peace and has no YUD.

In fact, of about 650 occurrences of the name Yerushalayim, only three times do we ﬁnd that second YUD.

The question now arises why we pronounce the word Yerushalayim with a YUD when the vast majority of times it is written without the second YUD? The answer is that the PATACH-YUD-MEM ending in Hebrew makes the word dual, plural, for example, OZNAYIM (two ears), RAGLAYIM (two legs), YADAYIM (two hands). The above question is answered by the Talmud which explains that there are two Jerusalems, a heavenly one which is situated directly above the earthly Jerusalem. Just as the heavenly Jerusalem is Hashem's eternal capital, so is the earthly Jerusalem, Israel's eternal capital, despite the objections of the U.S. State Department and UNESCO. 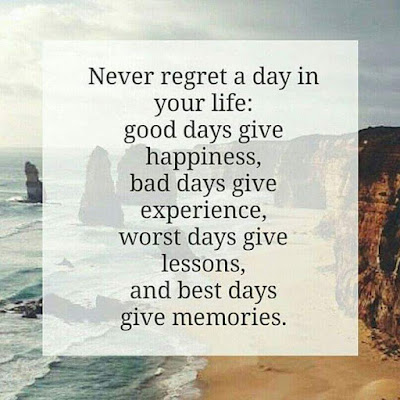 All days are from Hashem; all days are to help us.  Make the best of everyday.
Posted by The Absolute Truth at 2:56 AM