Sometimes a child's insight is better...

When you read this, you will never think of thunderstorms the same way again.

A Child's View of Thunderstorms 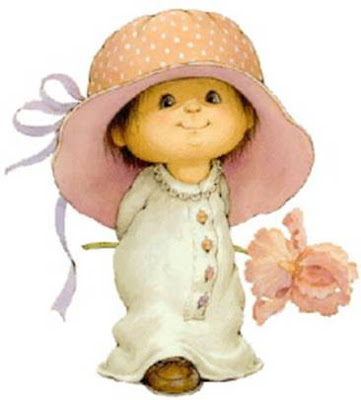 A little girl walked to and from school daily. Though the weather that morning was questionable and clouds were forming, she made her daily trek to school.  As the afternoon progressed, the winds whipped up, along with lightning.

The mother of the little girl felt concerned that her daughter would be frightened as she walked home from school.  She also feared the electrical storm might harm her child.

Full of concern, the mother got into her car and quickly drove along the route to her child's school. As she did, she saw her little girl walking along.

At each flash of lightning, the child would stop, look up, and smile.  More lightning followed quickly and with each, the little girl would look at the streak of light and smile.

When the mother drove up beside the child, she lowered the window and called, "What are you doing?"

The child answered, "I am trying to look pretty because G-d keeps taking my picture."

I thought this was so cute; but then realized, wouldn't life be much simpler and less stressful if we could view it as a child?  Instead of being uptight about everything, just have complete faith that Hashem is there, loves us and wants to help us through every situation.

When you have Hashem in your life, you feel His protection and do not fear the world.  Scriptures tells us not to put ourselves in danger -- it is like you are testing Hashem and you will fail.  But, if you find yourself in a dangerous situation, and turn to Hashem for help, you will not come to harm.

I have a friend who accidentally strayed into an Arab village.  The locals sat him down and put a gun to his head.  My friend started to recite Psalms, completely putting his fate in the hands of Hashem.  All of a sudden, there was an incident that occurred nearby which distracted his tormentors.  They ran towards the new incident, leaving my friend alone allowing him to leave quietly and safely.

There are so many stories like this including miraculous stories about 911 where people turned to Hashem and survived.  I know several people who experienced such miracles.

There is one last word about putting oneself in danger that is a little more subtle.  We were put on this physical world to serve Hashem by doing the mitzvot and perfecting ourselves.  Hashem gave us a body to accomplish these physical tasks and told us to take care of this body.  That means that we are obligated by Torah to eat properly, exercise, get proper sleep, etc.  In other words, if we violate our own physical needs, we put ourselves in danger.  The level of obesity in the US of A, as an example, is a great Torah violation.  The overall life expectancy of Americans is down.  It is 79 years of age and ranks 33 in the world.  Israel, where the average Israeli is thin, eats better and more physically active, is ranked number 4 with an average age of 82.  Number 1, 2 and 3 are age 83.  I know it is due mostly to the fast food establishments that are much more interested in profits for their stockholders than the welfare of their customers.  Laziness is also involved.  If you want something at a store one block away, why are you driving there?  Couch potato is a very prevalent way of life.

Hashem watches everything we do.  The protection that He gives us is measure for measure what we deserve.  Subtle or not -- danger is danger, and Hashem notes it all and rewards or punishes it all.  Part of doing Teshuvah is evaluating every aspect of your life, even the subtle events.
Posted by The Absolute Truth at 7:08 AM